January 2020 not only marks the start of a new year, but a whole new decade too and as with every New Year it brings with it new resolutions, new goals, new ideas and new trends. With December being a month of indulgence for many, January is often the time where food and drink intake reverts back to normality or sometimes restriction, with many people participating in dry January (alcohol free month) and starting varying diets. It is also a time for people to look forward at the year ahead, so let’s take this opportunity to do just that, and explore the food and nutrition trends set to make their mark in 2020. 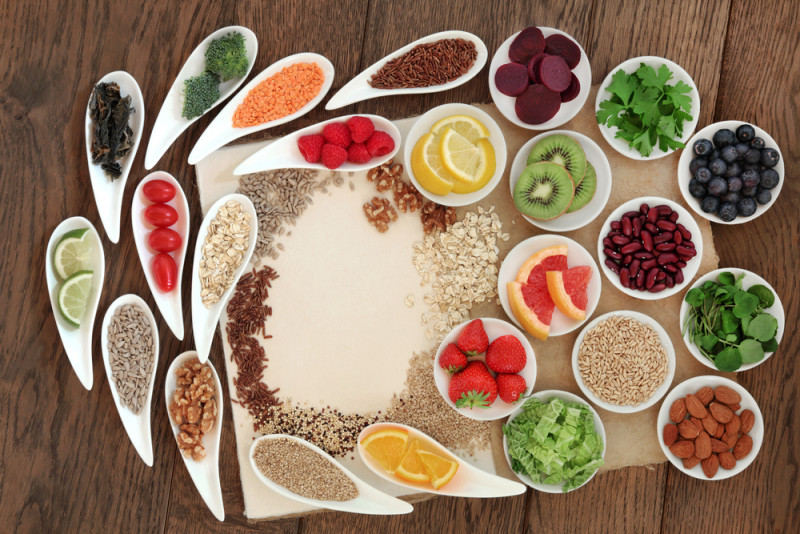 Despite many people still debating the question ‘how is quinoa pronounced’, it is a word that is set to stay as ancient grains, including quinoa, continue to grow in popularity. With the huge choice of grains now available, each has their own merit and all vary considerably in flavour, texture and their nutrient profile. The term ancient grains is used to describe a group of grains that have been minimally changed by selective breeding and thus remain true, as much as possible, to their original form consumed in ancient times.  These grains include certain varieties of wheat such as spelt, bulgur and farro as well as oats, barley and millet. Quinoa, chia and buckwheat are also considered ancient grains.

With many people choosing to avoid common wheat now due to an increasing number of people suffering with symptoms they associate with wheat intake, it is no wonder these ancient grains are gaining popularity, as in some people they can often be better tolerated than grains which have been highly processed or ‘stripped’ of their goodness.  Gone are the days when all we had to choose from was plain or self-raising flour as over the last few years we have seen the choice in flours grow rapidly to include oat, rice, spelt and buckwheat, which are now all readily available in the big supermarkets.

The health benefits associated with eating a variety of these ancient grains also help to entice the consumer as they provide a great source of fibre as well as a great source of various vitamins and minerals. Much research shows that people who eat grains regularly have a lower risk of cardiovascular disease such as heart disease and stroke as well as reducing the risk of developing diabetes, and some cancers. This seems to suggest that if you eat ancient grains, you have a better chance of becoming ancient yourself!

Unless you have been living in a cave the last three years, you are highly likely to know that sugar has been completely vilified and large changes have been seen in the food industry where manufacturers have been actively reducing sugar content in their products. The bad publicity surrounding sugar has caused a large need and demand for sugar alternatives and not from artificial sources, but natural ones.  This is set to continue with more sugar alternatives expected to hit the market over the next year. There has been increased popularity in products such as medjool dates and maple syrup, which offer great alternatives to refined sugar and can be used successfully in recipes to sweeten a variety of foods naturally. Other sugar alternatives we are likely to see this year include syrups derived from fruit and vegetables such as sweet potato and pomegranate as well as a growth in coconut sugar. Why not try using one of these sugar alternatives in one of your favourite recipes instead of refined sugar.

Functional foods, are foods that have a potentially positive effect on health beyond basic nutrition. Proponents of functional foods say they promote optimal health and help reduce the risk of various diseases. This is important as consumer awareness is growing in relation to the connection between food and health and we are therefore expecting more from the foods we eat.

We have all heard the popular saying ‘prevention is better than cure’, and never has this saying been truer. Like it or not, we are in the grip of a chronic disease pandemic, with rates of cardiovascular disease, cancers, diabetes and respiratory diseases increasing globally. We know through ongoing research, that healthy eating and a good diet impacts significantly on these chronic diseases in a very positive way and we are also learning that some foods give specific health benefits and protective properties above and beyond others, which is why functional foods are now seen as vital for optimum health and disease prevention. This awareness and popularity in foods that have shown to be ‘functional’ will only continue to grow over the next decade.

Foods such as artichoke, avocados, cinnamon, chillies, beetroot, ginger and mango, to name a few, are all examples of functional foods so try and add these to your diet wherever possible.

Alcohol free wines and spirits have been steadily growing in popularity over the last year and were also a trend of 2019.  As people are becoming more aware of the physical and mental affects that alcohol can have on the body and the harmful effects that overconsumption, or frequent consumption, of alcohol can have, many people are now choosing to significantly cut back on it. Not just for Dry January, but as part of a total lifestyle overhaul.

This means that alternative drinks such as ‘mocktails’ (cocktails without alcohol’), alcohol free wine or ‘lighter’ wines are becoming increasingly popular and offer a healthier alternative whether at home or out in bars and restaurants. If you are not convinced by this just remember that regular and overconsumption of alcohol is associated with increased risk of several cancers, it affects sleep quality and energy levels and has a detrimental effect on the immune function, so surely that gives a few good reasons to look out for more variety in alcohol-free or lighter alcohol drinks. If you have not tried them yet, make it a resolution for 2020, as I will almost guarantee you will be pleasantly surprised.

The increase in people choosing a vegan lifestyle is of course driving food manufacturers and restaurants to develop and make exciting and tasty meat free options, which are often heavily plant and protein based. But there is also an increasing trend for meat-plant blends, whereby meat eaters can still enjoy meat in their diet, but know they are also getting an increase in nutritious plant based foods too. An example of this can be seen with burgers where there are now burgers available that contain smaller volumes of meat and are bulked out with plant based foods such as mushrooms or pulses. This will appeal to a greater consumer audience, including flexitarians (people who are mainly vegetarian but still eat some meat products in small amounts).

Peanut butter may be the original nut butter, but since the launch of that many years ago, it has now become just one of many nut butters freely available. One thing that is fuelling this trend is the growing awareness of the health benefits of all the different nut varieties, in particular their benefits for heart health. The increase in peanut allergy over the years has also created a demand for other nut butters. One thing we will be seeing an increase in this year will be the reduction of palm oil in some of these butters, or certainly a swap to using responsibly sourced palm oil as consumers demand more environmentally friendly food.

As mentioned above, consumers are more aware than ever before of the environmental impact that some foods have on the environment and due to this, many people are now choosing to change their shopping habits and food choices to ensure that the foods they eat are ones that have limited or low impact on the environment. Eating sustainably is much easier than you may think and everyone can easily do their bit and help with this.

Shopping locally wherever possible is a great way to eat sustainably. Whether it’s fish, meat, dairy, fruit, or vegetables, purchasing these from local shops and independents not only helps to encourage local food production, but also significantly reduces your carbon footprint.

Eating seasonal produce where you can also helps sustainability, although this can be harder here in the UK where we rely so heavily on imports of foods that we just cannot and do not grow or produce in this country. However it can still be done with some produce and making just one or two changes in your food selection will all add up to help the wider picture.

Hopefully the trends above may have inspired you to think about any changes you might like to make with your food choices this New Year. You don’t even have to be a trend follower, you could think about making and setting your own personnel trends! Wishing you all a Happy and Healthy New Year ahead!