If you are one of the many people currently struggling with tiredness and fatigue, and awake in the morning feeling unrefreshed, then you are not alone. Tiredness is actually one of the most frequent presenting complaints in primary care and that was before COVID. In the last 18 months, since COVID started, cases of fatigue and chronic tiredness have escalated even further, both in people suffering ‘long COVID’ and those that are suffering with what has been referred to as ‘lockdown fatigue’ or ‘pandemic fatigue’.

With the increased stress, anxiety and heightened emotions that we have all felt to some degree over the last 18 months, it is no wonder many people feel burnt out and fatigued. There are many causes of fatigue and constant tiredness and it’s important to try and understand the root cause of it in order to best help alleviate it. Fatigue may stem from a physical cause, as in an ailment or condition that is causing tiredness symptoms and if you think this could be a reason for your fatigue then it is important to see a doctor to rule this possibility in or out. Fatigue can also stem from a psychological cause, from prolonged, stress, anxiety, lack of motivation and depression, and it is this this type of fatigue that has affected many people during the lockdown and continues to do so.

So how can food and nutrition help to combat fatigue symptoms? Well, there are certain foods and specific nutrients then have really shown to have a positive effect on energy levels and that can help give a much needed boost to your body. So if you are struggling with constant tiredness, fatigue and burnout, it’s time to add some things to your daily diet and take out some others.

Fatigue Fighting Foods to add to your diet: 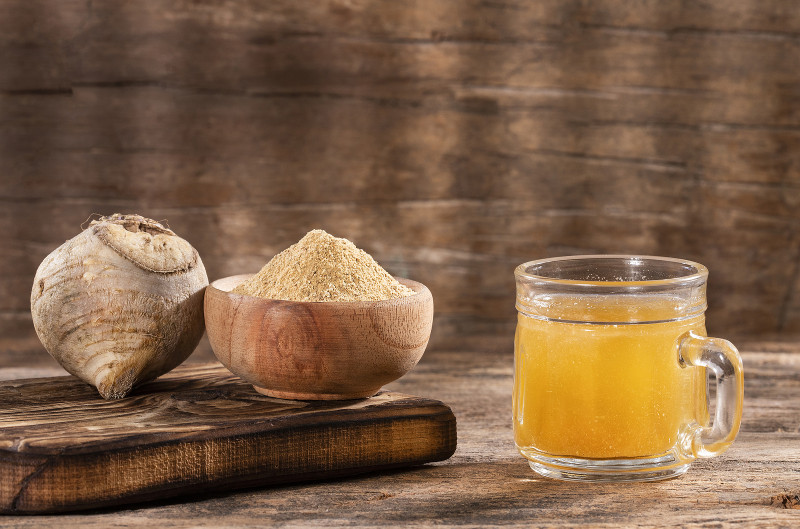 Although not a food as such, Ginseng is a plant, which has been used for centuries in traditional herbal medicine across the globe. Although there are more than ten different species of ginseng plant, only a few are used for their medicinal properties, with Korean (Panax) Ginseng and American Ginseng being the top two studied for their fatigue fighting properties. Research has shown that Ginseng is a ‘promising treatment for fatigue’ and may even be helpful for people with fatigue stemming from chronic illness and those suffering with chronic fatigue syndrome. One study showed that Korean ginseng significantly improved energy, mental performance and mood in people suffering with chronic fatigue and ME after only 8 days of taking it.

With the science showing that Ginseng has immune boosting properties too and has been shown in clinical trials to increase the defence against influenza and has benefits for respiratory symptoms, it is only likely to become increasingly popular. 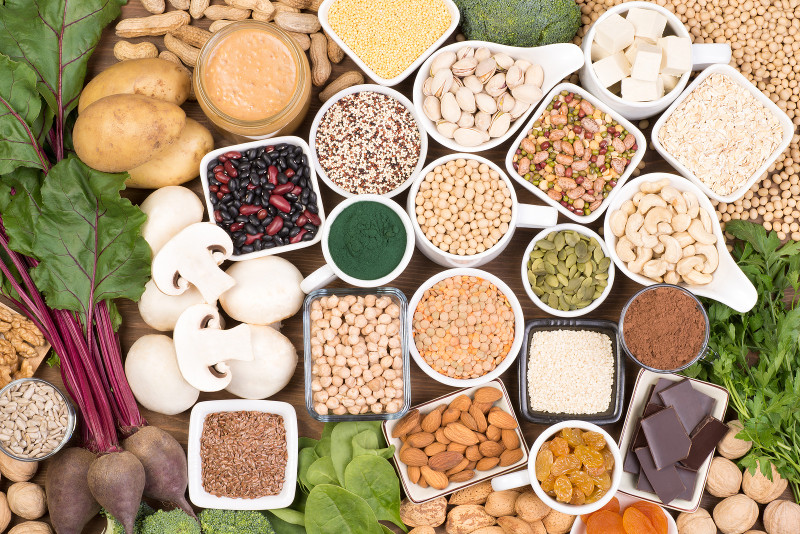 Iron is probably one of the most commonly known minerals in relation to its importance for maintaining energy levels. Iron is essential for allowing blood cells to carry oxygen. If we don’t get enough iron then we can end up feeling tired and exhausted. Iron deficiency anaemia can affect men and women, but those most at risk are women with heavy periods, people with gastrointestinal disorders such as those suffering with coeliac or Crohn’s disease and also pregnant women whom require more iron to meet the needs of the developing baby. Iron rich foods should therefore be eaten regularly in the diet such as spinach, dried fruit, pulses, lentils, artichokes and dark chocolate.  Vitamin C is also vital here because it aids the absorption of iron in the body. 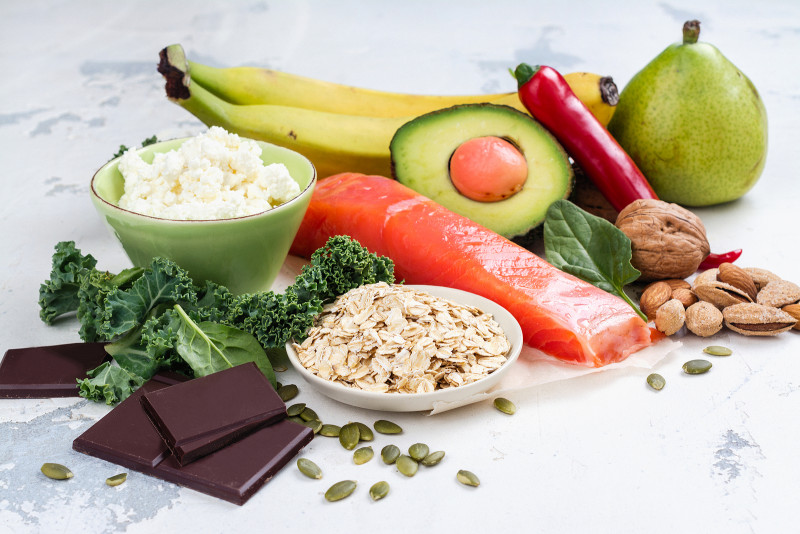 Tyrosine is a naturally occurring amino acid (a building block of a protein), and has been shown to improve mental performance, including motivation and alertness and therefore can be helpful in reducing mental fatigue due to its effect on cognitive function. It has also shown to be beneficial in reducing fatigue related memory problems and what people often refer to as ‘brain-fog’, which again has affected many people during COVID times.

Tyrosine is also vital for the production of the hormones and neurotransmitters called Dopamine and Epinephrine, both of which may play a role in supporting and regulating energy levels although more research is needed here. Foods that are naturally high in tyrosine include cod, pumpkin seeds and cottage cheese. 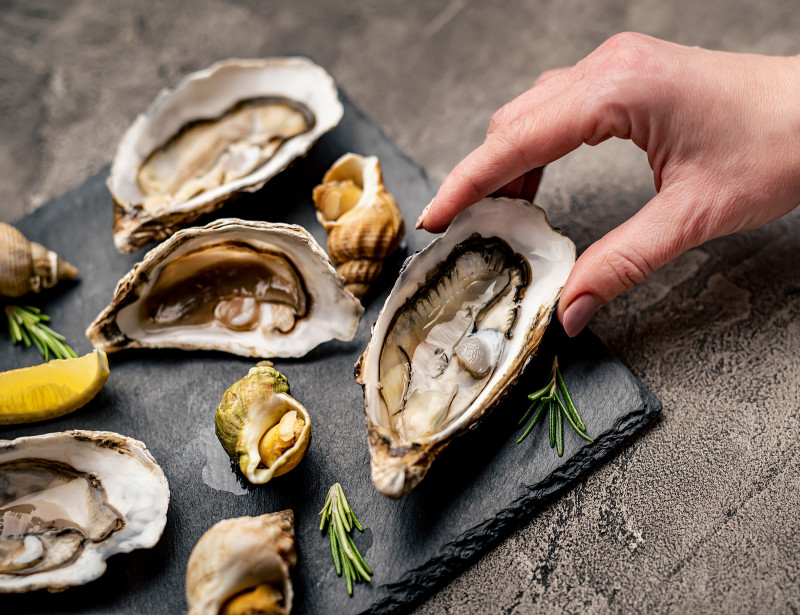 Ok, so oysters are not everyone’s first choice on the menu but the reason why they deserve a specific mention here is because of their zinc content. In fact oysters have the highest zinc levels of any food containing 74.1mg in a 3 ounce serving.  In one recent study, increased zinc was shown to significantly improve fatigue amongst older people (over 60 years of age). Zinc levels naturally decrease with age and approximately 35-45% of people over age 60 have zinc levels lower than the normal range. With boosting immunity also being high on people’s agenda at present, zinc is essential for a healthy, functioning immune system too. Zinc is therefore a vital mineral that should be taking centre stage in your diet right now. If oysters don’t tickle your taste buds then other shellfish, legumes such as chickpeas, black beans and kidney beans, lentils, and tofu contain a good natural source of zinc. 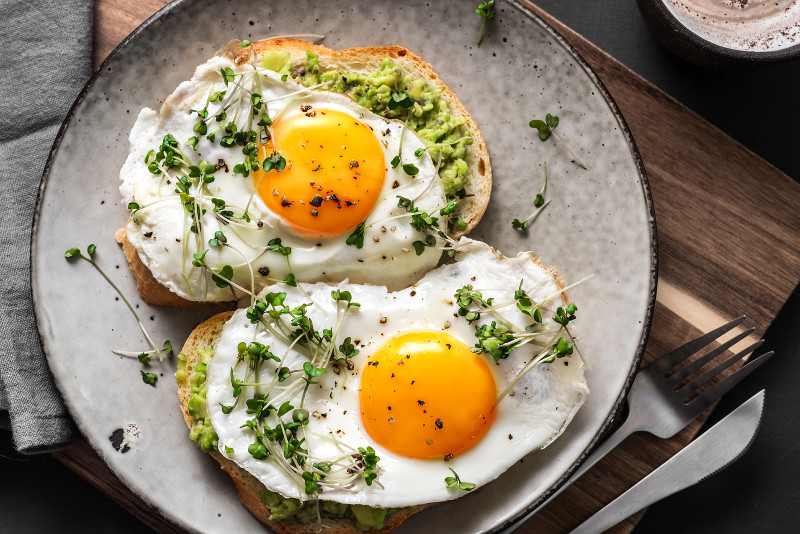 This vitamin is crucial for good energy levels and as it is a water soluble vitamin our body does not store it, so we require it in our diet regularly to ensure we do not become deficient. Interestingly, many doctors have spoken of the vast similarities between long COVID symptoms and vitamin B12 deficiency symptoms and although early days in this potential link, it is been investigated to see if a boost in B12 could help those people suffering with long COVID, including the fatigue symptoms associated with it. Every cell of your body requires vitamin B12 so it’s evident to see, if you don’t get enough of it, it’s going to impact you sooner rather than later and one of the biggest symptoms is fatigue and tiredness.

B12 is found almost exclusively in animal-based foods, as well as fish/shellfish, yogurt, cheese, eggs and fortified foods including cereals. This explains why B12 deficiency can be quite commonly seen in vegans and vegetarians. People who suffer with Coeliac disease and the elderly population are also more prone to suffering with a B12 deficiency, so if you are in any of these categories and are currently struggling with tiredness and fatigue, it’s certainly worth upping your B12 intake. 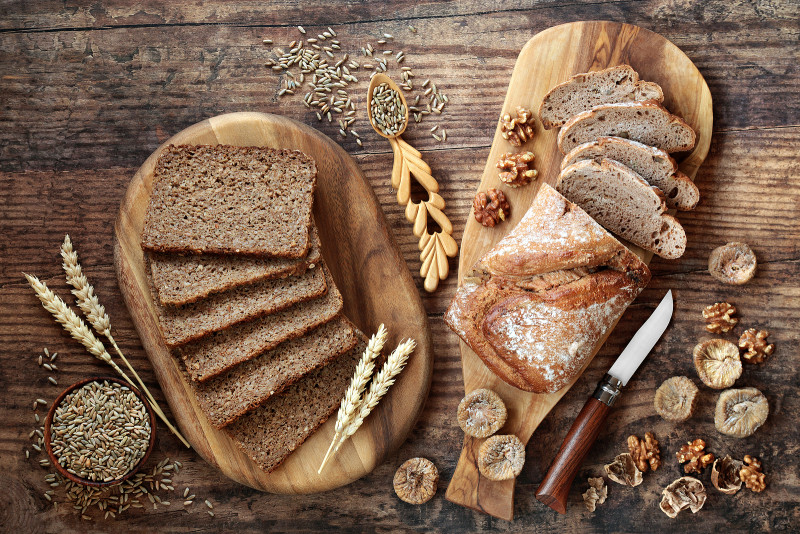 If you currently choose white refined foods over wholegrain foods, then this is one simple switch can help better maintain and boost your energy levels. Wholegrain foods include brown rice, brown pasta, barley oats, quinoa and buckwheat which help to stabilise blood sugar levels, as they are digested and absorbed more slowly by the body compared with non-wholegrain products. Wholegrain foods can also help raise serotonin levels (the hormone which regulates mood) and better mood means better energy levels. 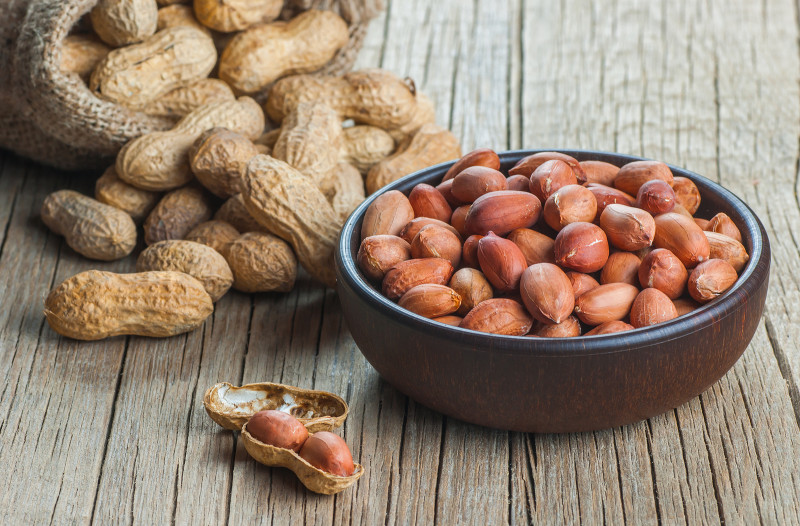 Coenzyme Q10 (CoQ10) is a strong antioxidant found naturally in every cell of the body and helps convert food into energy. As we age, our body's natural ability to produce CoQ10 massively decreases leaving an estimated 75% of both men and women aged over 50 deficient in it. This deficiency in CoQ10 has been shown in many medical studies to have a negative impact on a variety of health issues from the serious to the mild, including impacting on energy levels.

If you are taking Statins (Cholesterol lowering drugs), these drugs have been shown to further deplete the body of CoQ10, which can accelerate the progression of heart disease. Research shows CoQ10 can be very helpful in alleviating general fatigue. Some studies even show that people suffering with chronic fatigue syndrome often have low levels of CoQ10. You can get this in supplement form, however there are foods that contain it naturally, the highest sources are beef and herring. For vegetarians and vegans, a good plant source of CoQ10 can be found in peanuts.

Fatigue CAUSING Foods to take out or reduce in your diet: 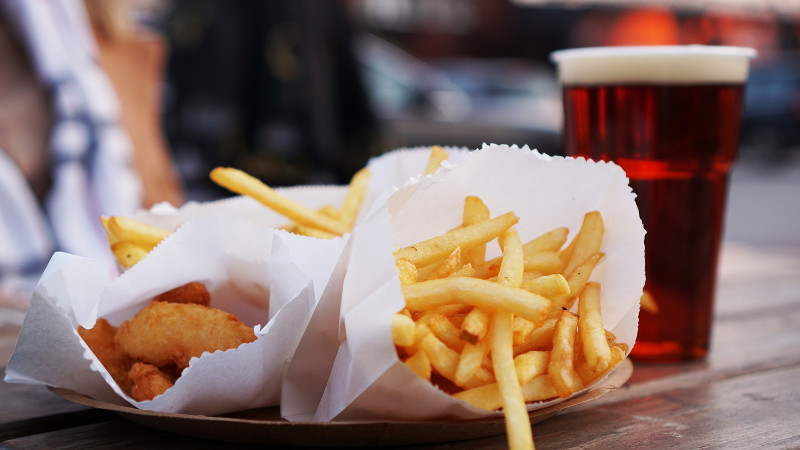 As the saying goes, ‘you are what you eat’ and if you are eating foods that are known to have a detrimental impact on your energy levels and which are responsible for causing a feeling of daily sluggishness, then this will continue unless changes are made. Junk food is a real enemy to energy levels and is a big contributing factor for feeling fatigued. Junk food can be defined as foods that are high in calories, but offer little or no nutritional value and are often high in sugar, fat and/or salt. With many people professing to have over indulged in these types of food during lockdown, it is no wonder energy levels are at a huge low right now.

Eating high sugar foods or snacks may give you a quick boost in energy, but will soon leave you feeling sleepy, as these foods will quickly spike your blood sugar levels, which will then just as quickly come crashing down again leaving you feeling lethargic. If you need to snack between meals then snack on nuts, seeds, vegetables (with some tasty dip), or foods high in protein. Even a little bowl of porridge makes a great healthy snack - who said porridge was just for breakfast!!

If your diet consists of highly processed foods and junk foods, as these type of foods lack nutritional value, you are highly likely not to be getting the vital nutrients you need for good health and good energy. Lack of nutritious foods directly impacts energy levels, and makes you far more susceptible to deficiencies in key vitamins and minerals which again will affect how tired, or not, you feel. 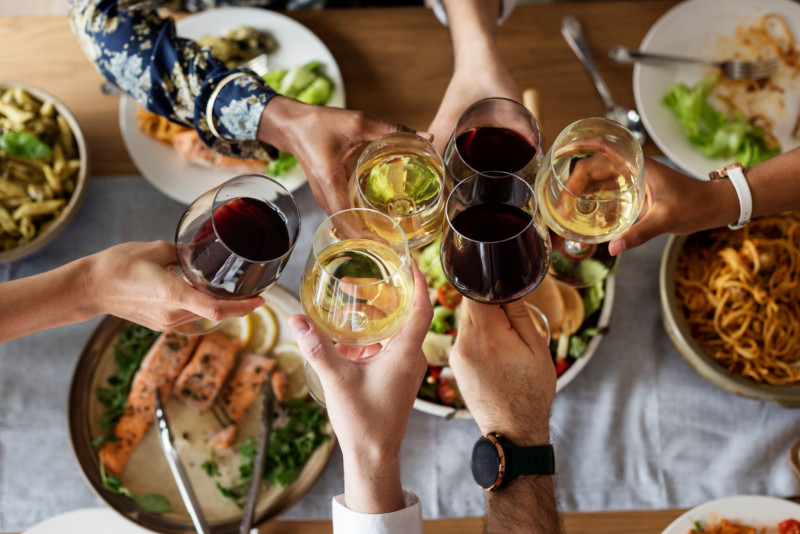 During lockdown, many people have used alcohol as a crutch to mask their anxiety, low mood and feelings of social isolation, but unfortunately although it may feel like a temporary fix to feelings, in the long term it is detrimental to physical and mental health when consumed regularly and in large amounts. Not only is alcohol a depressant, but it significantly affects sleep patterns too by impacting directly on body chemicals that are vital for a restful and restorative sleep. The less high quality sleep we have, the lower your mood and the more tired you feel. In addition to this, it then has other knock on effects for your health including impaired immune function, which is not something you want, especially now.

Suffering with constant fatigue, tiredness and burnout can be debilitating and affects quality of life as well as making you more susceptible to low mood and depression. Making a nutritional and dietary change could really help be a step in the right direction to help combat tiredness and boost energy levels. So along with getting more sleep and reducing your stress levels, implementing some of the advice above, may have you bouncing off the walls before you know it.